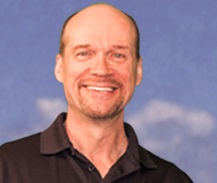 Zac Brown is a good human, as evidenced by the many humanitarian efforts he is committed to, including his own Camp Southern Ground as well as the Grammys on the Hill, Grammy U, MusiCares, Robin Hood Foundation and The USO.

In recognition of his philanthropic endeavors, Zac is being honored by the Country Radio Broadcasters as the recipient of the CRS 2017 Artist Humanitarian Award, which was created in 1990 by the organization’s board to honor country music artists who have exhibited exceptional humanitarian efforts during their career. Past recipients of the annual award have included Lady Antebellum, Carrie Underwood, Rascal Flatts, Tim McGraw and Faith Hill, Trace Adkins, Randy Owen, Toby Keith, Brad Paisley, Brooks & Dunn, Reba, Vince Gill, Garth Brooks and Charlie Daniels, among others.

Zac created his philanthropic passion project, Camp Southern Ground, after being inspired by his experiences as a camp counselor. The program at the Georgia-based state-of-the-art facility is an inclusive camp that combines children with neuro-developmental disorders with mainstream children. Its mission is to provide extraordinary experiences for these children to recognize and magnify the unique gifts within themselves and others in order to profoundly impact the world.

Zac will receive the Artist Humanitarian Award at the opening ceremonies of Country Radio Seminar 2017 in Nashville on Wednesday, Feb. 22 at 3:30 p.m.