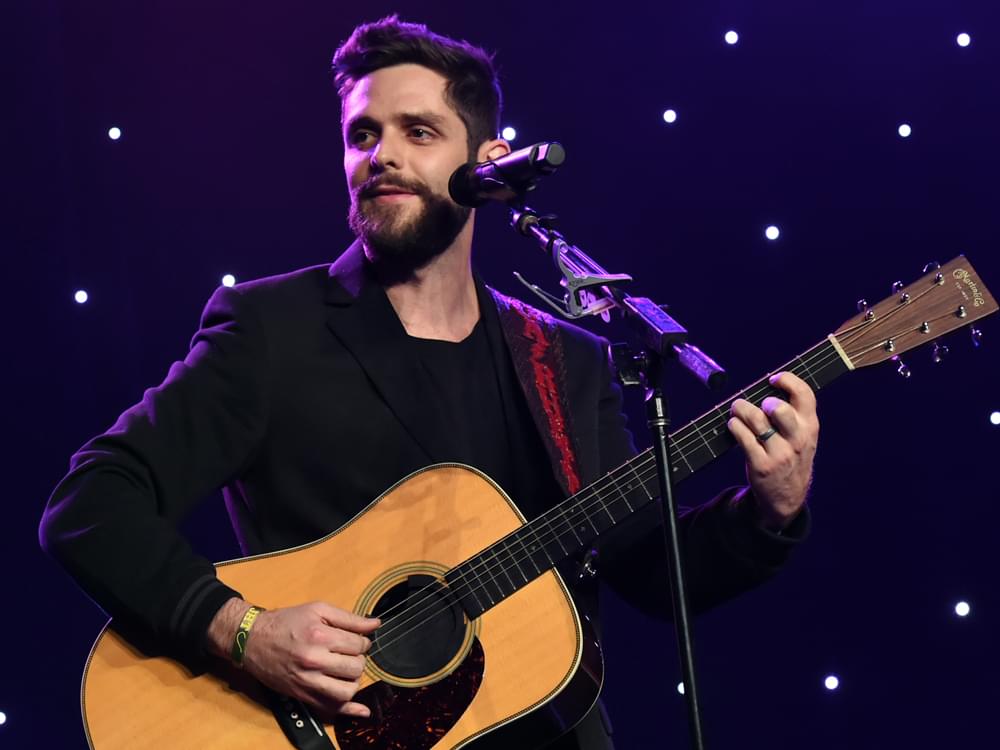 Thomas Rhett will release his fourth studio album, Center Point Road, on May 31. The 16-song album takes its name from the street in TR’s Hendersonville, Tenn., hometown that shaped much of his life experiences.

TR co-penned every track on the album, heightening the nostalgic quality of many of the songs, including the title track, “Almost” and “That Old Truck,” which Thomas Rhett says was inspired by his first truck, “Fergie.” Penned by TR, Julian Bunetta, Kamron Kimbro and Ryan Tedder, “That Old Truck” is likely to have listeners conjuring up recollections of their first automobile.

TR sat down with Nash Country Daily to share the story behind his first truck.

“My granddaddy gave it to me when I turned 15—it was a silver Ford, F-150, FX4,” says Thomas Rhett to NCD. “I named it ‘Fergie.’ When I describe what this song means when I play it live, I always talk about how it’s kinda strange that I wrote a love song about my first vehicle. But I think anybody who got their first car when they were 15 or 16, you’ve got more memories in that vehicle than you do probably in most places in your life. If that truck or car had ears, it would know more about you than probably your best friends do. It was really interesting to write about that truck because it really meant so much to me, and I did so much in it and experienced so many cool things—driving to football practice, driving to school, picking up a girl on a first date, first kiss, first break-up. It’s definitely one of my favorite songs that I’ve gotten to be a part of.”

Listen to “That Old Truck” below.